Filter Things to do by Type

Want to Run Your Own
My Guide Website?
Find Out More 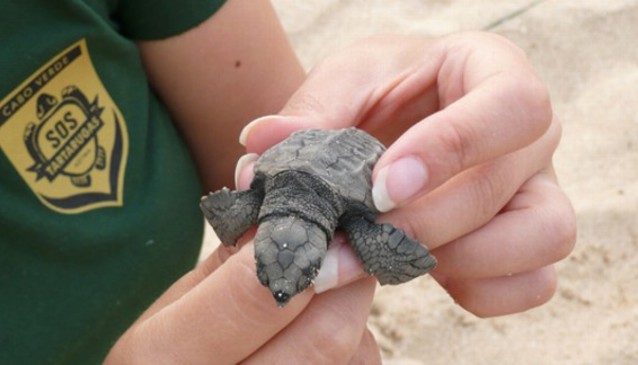 Are you a business owner in Cape Verde?

Promote your business 365 days a year with the #1 Guide to Cape Verde.

Although five species (Green, Leatherback, Hawksbill, Olive Ridley and Loggerhead) are found in the seas around the archipelago, only one, the loggerhead, nests here. Capeverdian loggerheads have recently been confirmed as being genetically separate from any other loggerhead population and as such, their preservation is even more significant. Once found in abundance on all islands, now the most numerous nesting areas are on Boa Vista, Sal, São Nicolau & Maio. With an estimated number of around 4,000, this is the world's third largest nesting population of loggerheads.

In the past, numbers would have been much greater, but brutal hunting has taken its toll. On some islands the loss is as high as 40% per annum, leading to speculation extinction could be looming in only a few more years

Other pressures include the loss of habitat as demand for tourist resorts and apartments grows and increasing amounts of light pollution leads to disorientation of both adults and hatchlings.

Fortunately turtle conservation is in action on all the islands in differing degrees. On Sal, SOS Tartarugas (Turtle SOS) is an NGO that patrols the nesting beaches all night to deter hunting and operates an education and outreach programme in conjunction with Sal City Hall. Significant reduction in mortality has been achieved since the organisation started in 2008, but just as importantly, there is growing impetus amongst residents who recognise that live turtles can bring more benefits than dead turtles.

On other islands grass root action amongst communities is increasingly common, with youth groups, fishermen's associations and City Halls all participating in patrolling beaches and monitoring turtles. In 2009, a network of conservationists was created, called Taola (a word born from the mixture of the Portuguese word for turtle 'tartaruga' and 'Kriola' the language of Cape Verde). The network creates a platform for communication and cooperation amongst a wide group, including the Department of Environment, NGOs, the Armed Forces, the Police, City Halls and the University of Cape Verde. With this initiative there is increased hope for saving the turtles of Cape Verde.

Visitors to the Sal can help to save turtles by booking a turtle watching tour with SOS Tartarugas or visiting the hatchery on Ponta Preta (nesting from mid-June to October, hatchlings born mid-August to December) or adopting a baby turtle. For more information call 00238 974 5019 or email info@turtlesos.org. 100% of donations go directly to turtle conservation on Sal and other islands without significant tourism activity.